Dolphin Reef is a unique landmark located in Israel in the resort town of Eilat. It is a beach and a nature reserve, where visitors can enjoy swimming in the company of dolphins, watch their life and take pictures. The reserve was opened in 1990.

The reserve is located on the shores of the Red Sea. This is a unique ecological place where visitors can enjoy nature and scenery, a secluded beach and interaction with dolphins. At the same time, a group of bottlenose dolphins, together with the babies born here, are engaged in their usual daily activities. They are not trained, and their living conditions are as close to natural as possible. For communication and observation of them, special observation platforms and bridges are equipped for tourists. Today, 18 individuals live in the reservoir.

For the convenience of visitors, on the territory of the reserve, there is a food court, represented by a restaurant and a bar with a panoramic view of the beach, as well as a souvenir shop where you can buy memorable gifts. 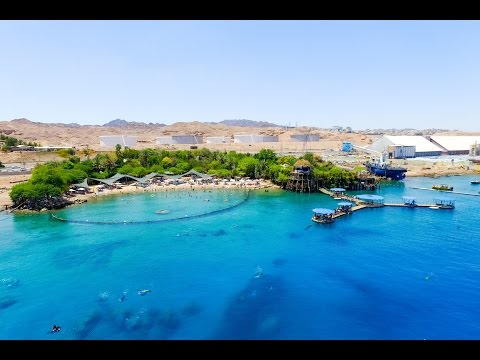 How to get to the Dolphin Reef

The Dolphin Reef Nature Reserve is located within the city of Eilat, so it will not be difficult to reach it.

You can use public transport: from the central bus station of Eilat, there is bus number 15, which stops right at the entrance to the beach. On the road, there is a volumetric sign with the name of the reserve, and the stop is called “Dolphin Reef”. Travel time from the city center will be only 10-15 minutes.

You can also get to the Dolphin reef by car. You need to drive towards the port of Eilat and a little further along the highway. Dolphin Reef is located just outside the port, on South Beach.

In addition, you can use taxi applications: Uber, Kiwi, and others. Getting around town won’t be expensive.

There are usually quite a few people on the Dolphin Reef Beach in January and February.

Israel is located in a subtropical zone, the climate of which is characterized by the absence of pronounced spring and autumn. There are two seasons in the country – hot summers and cool rainy winters. The greatest amount of precipitation falls in the northern and western regions of Israel. As a rule, rains begin in the last days of October, intensify in December, and stop in March. In Jerusalem, Safed, and Hebron, snow sometimes falls, which melts within a few days, but the slopes of Mount Hermon from December to April have excellent snow cover, sufficient even for skiing.

The weather in different regions of the country has striking differences: mountainous regions are characterized by cold winters and sultry summers; mild winters on the coast and very high humidity in summer; in the Jordan Valley, summers are dry and hot, winters are cool. While Tel Aviv is hot and humid, Jerusalem, just an hour’s drive from Tel Aviv, has a dry and cool mountain air. Given the difference in humidity, summer heat in different parts of Israel is tolerated differently, the most favorable climate is in Jerusalem.

Eilat is warm throughout the year, hot in summer, average summer temperature is + 35-38C. In the Dead Sea, the water is always warm and even hot, the water temperature in February averages + 25C, in August it reaches + 30C.

Sometimes from the east hot winds come from the Sahara Desert, which in Israel are called hamsin and share. After their complete calm sets in, the temperature rises sharply, the air is still and saturated with particles of sand and dust.

The fresh breeze and the influence of the sea, even at the highest summer temperatures, prevent the feeling of unbearable heat. This is also due to the fact that in Israel there are no high mountains or towering rows of hotels to the sky that would block the natural ventilation of the sea beaches. And since the main island of Israel is rather small (three Israelis would fit in West Berlin), the climate is so balanced. 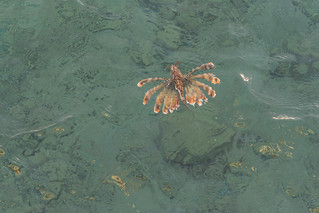